Birth Tourism Hotel For Chinese Nationals Ordered To Be Shut Down 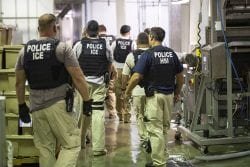 A California motel that exclusively catered to Chinese nationals hoping to enter the United States and give birth, thus giving their children automatic U.S. citizenship, has been ordered to be shut down.

Orange, California city officials on Tuesday voted to revoke JR Motel’s conditional use permit, deeming that the owner was not operating the facility for its intended use, according to the Orange County Register. City officials have ordered the hotel to be shut down by the end of the month.

Despite its name, the JR Motel does not operate like a usual motor lodge. It does not accept reservations or even have a sign to attract customers.

Instead, the JR Motel advertised to affluent Chinese women entering the U.S. while pregnant in order to give birth on American soil — a practice known as “birth tourism.” The hotel — located in the southern California city of Orange — advertised itself on a Chinese-language website for women seeking a place to stay before and after giving birth.

While birth tourism is legal in the U.S., city officials argued that the long-term stay of the hotel’s occupants placed it into the category of lodging or boarding house — which the area is not zoned for. JR Motel is also accused of violating building, safety, and fire codes.

“His violations were egregious. And from the get go,” added Kim Nichols, another council member.

An attorney representing Huang asked city councilors to refrain from making any decision until the end of May, saying that his client is hoping to sell the motel and has several people interested in buying it. However, that request was not met with a warm reception.

“I am in no way interested in helping Mr. Huang capitalize and make money yet again on his poor bad faith behavior in this town,” Monaco said. “If there was ever a case to revoke a [permit,] if there are any criminal charges we could pursue, I would be completely and 100 % supportive of that.”

City staff voted to revoke the motel’s conditional use permit, and Huange has been reported to California’s licensing board.

Currently, 10 of the hotel’s 28 rooms are occupied, and the owner is no longer accepting new clients. The customers who remain are pregnant Chinese nationals who can’t yet board an international flight back.

The case highlights the ongoing debate around birth tourism in the country.

Under the Fourteenth Amendment, any individual born in the U.S. is given automatic citizenship. This has given rise to thousands of pregnant foreign nationals entering the country every year hoping to give birth here, and enjoying the perks that come with having an immediate relative with U.S. citizenship.

President Donald Trump, who has made immigration enforcement a hallmark of his administration, has expressed interest in issuing an executive order to end birthright citizenship.

Birth Tourism Hotel For Chinese Nationals Ordered To Be Shut Down is original content from Conservative Daily News – Where Americans go for news, current events and commentary they can trust – Conservative News Website for U.S. News, Political Cartoons and more.

Rand Paul SCOLDS Fauci for Lockdown Effects. It Gets Heated!

If You Drive a Car, You Might Soon Be Paying Buttigieg’s ‘Miles Traveled Tax’