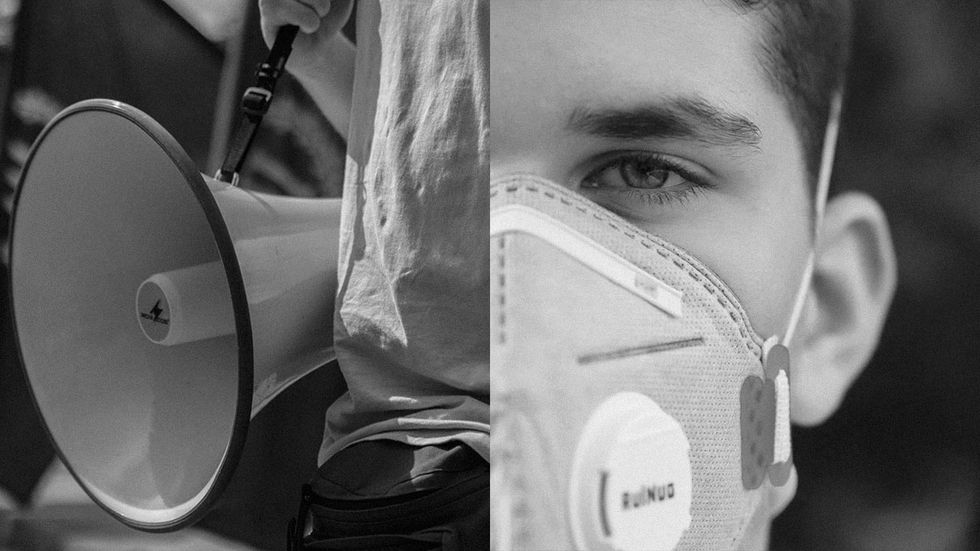 Dear Americans trying to do the right thing:

Let’s skip the part where I try to convince you that COVID-19 is just another virus which behaves like the flu. I know that for you, science, discoveries in medicine, and those pesky serology tests are obstacles in your way to exercising a little good old-fashioned tyranny. I shall make no more mention of the silly science word again. So you go ahead. Grab the black grease pencil and get to work making a cropped mustache above your upper lip.

America was founded on the idea of freedom. I say idea of freedom because more and more, it does seem like an idea. Maybe even a fantasy. Especially with you people out there, lurking behind your window curtains, probably wearing masks, ready to dial 911 when you see your neighbor doing something the COVID Edicts have deemed verboten. Like allowing small children to play with each other, even in the privacy of a home that isn’t yours. So you peck your germ-riddled phone, raise it to your face-mask, get that covered in germs, and report to the police that little Sally and little Sammy are having a play date and my God, send in two cops. As happened in Wisconsin.

But it’s okay, because even your leaders who have your dog-like obedience are demanding you do the brave and noble thing by ratting out your fellow American. Even in the great state of Texas (according to the people in Texas who scream how great it is), a judgey fraulein commanded her obedient minions — you — to snitch on violators of the business safety protocols. No doubt, while many sane Americans see the dangerous slope, you’re all too eager to lather up in KY jelly and swan dive down it.

As you may have gathered from my subtle-as-a-falling-acme-anvil references to diligent, snitching citizens sporting well-pressed brown shirts, I’m calling bull-caca on your patriotism. Even if it is a fantasy, freedom is still what America was based upon. If you’re willing to throw freedom away under the guise of “doing the right thing” or “doing what’s best for people’s safety” then you’re not a real American at all. But I can think of several other terms for you.

Also, as I was writing this very column:

Plenty of your fellow nazis (there, I said it), are applauding this woman going to jail for trying to survive.

It’s really quite simple: if you’re afraid of the big bad bug, don’t go outside. You can shelter your weak little self in place. But when you rat out your fellow citizens, when you demand and celebrate people being crushed under the heavy weight of the state’s iron hand for trying to live out the same freedom our Constitution promises, you cannot call yourself an American.

You’re probably denying your real nature. You might even be trying to find out what I’ve been up to so you can rat me out to the authorities for daring to voice an opinion you don’t like. You’ll want me silenced and my books burned. But we all see who you are now. We all can understand just how millions of people would be ushered into trains with few speaking against it. This is how it starts. It starts with the obedient masses who follow the government’s orders, ratting out those who do not. A salon owner is going to jail for opening her salon. You are celebrating it.

You’re such loyal little foot soldiers, marching in lockstep with your powerful, government leaders. Be honest about who you are and what you’re doing. Perhaps this tattoo-artist in North Carolina, who was also arrested for opening his business so he could make a living, would ink you a free iron cross.

White House can’t answer why the U.S. won’t open Canadian land border but lets in visitors from all over the world

The Fallacy of “My Truth,” And “Your Truth,” When Dealing With The LGBTQ Community

Joe Biden is not incompetent: He is doing exactly what he was hired to do — collapse America