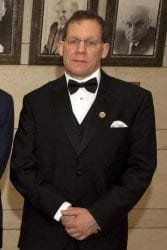 The Department of Justice announced that the Chair of Harvard University’s Chemistry and Chemical Biology Department and two Chinese nationals have been charged in connection with aiding the People’s Republic of China.

Dr. Charles Lieber, 60, Chair of the Department of Chemistry and Chemical Biology at Harvard University, was arrested and charged by criminal complaint with one count of making a materially false, fictitious and fraudulent statement.

Yanqing Ye, 29, a Chinese national, was charged in an indictment today with one count each of visa fraud, making false statements, acting as an agent of a foreign government and conspiracy. Ye is currently in China.

Zaosong Zheng, 30, a Chinese national, was arrested on Dec. 10, 2019, at Boston’s Logan International Airport and charged by criminal complaint with attempting to smuggle 21 vials of biological research to China. On Jan. 21, 2020, Zheng was indicted on one count of smuggling goods from the United States and one count of making false, fictitious or fraudulent statements. He has been detained since Dec. 30, 2019.

Federal Agents arrested Dr. Charles Lieber, chair of Harvard University’s Department of Chemistry and Chemical Biology, with lying to the Department of Defense about secret monthly payments of $50,000.00 paid by China and receipt of millions more to help set up a chemical/biological “Research” laboratory in China. Also arrested were two Chinese “Students” working as research assistants, one of whom was actually a lieutenant in the Chinese Army, the other captured at Logan Airport as he tried to catch a flight to China – smuggling 21 vials of “Sensitive Biological Samples” according to the FBI.

The research lab the good professor had helped set up is located at the Wuhan University of Technology. Wuhan China is ground zero to the potentially global pandemic known as the “Coronavirus” which is both spreading rapidly and killing people.

Charles Lieber, chair of the Department of Chemistry and Chemical Biology at Harvard, was arrested in January on accusations that he made a materially false, fictitious and fraudulent statement about work he did for a program run by the Chinese government that seeks to lure American talent to China.

Lieber was paid $50,000 a month and up to $158,000 in living expenses for his work, which involved cultivating young teachers and students, according to court documents. He also received more than $1.5 million to create a research lab at the Wuhan University of Technology in China.

Lieber, who specializes in nanoscience and is principal investigator of Harvard’s Lieber Research Group, has received more than $15 million in grants from U.S. federal agencies since 2008. He is required to disclose any conflicts of interest and money he receives from foreign governments. But authorities say Lieber denied his affiliation with the Chinese program, called the Thousand Talents Plan, and with Wuhan University.

Lieber told investigators and Harvard University officials in 2018 that he “is not and has never been a participant” in the program and he “had no formal association” with Wuhan University after 2012, according to court documents. He claimed the university “continued to falsely exaggerate” his involvement.

These charges, and others like them across the country, illustrate the serious and persistent threat of China’s efforts to steal intellectual property and research from our nation’s universities,” John Demers, assistant attorney general for national security and head of the Justice Department’s China Initiative, said in a statement.

“Through programs like the Thousand Talents, visa fraud, and just plain theft, the Chinese government has made it a priority to develop its technological knowledge at American expense,” Demers said.

Yanqing Ye, 29, and Zaosong Zheng, 30, each were charged with visa fraud, making false statements, acting as an agent of a foreign government and conspiracy. Both came to the United States through a work-study program of the State Department.

Ye, a member of China’s armed forces, falsely identified herself as a student in her visa application, authorities say. Ye continued to work for the People’s Liberation Army while studying at Boston University from 2017 to 2019. Authorities say her work involved researching U.S. military projects and compiling documents for the Chinese government.

According to court documents, on April 20, 2019, federal officers interviewed Ye at Boston’s Logan International Airport. During the interview, it is alleged that Ye falsely claimed that she had minimal contact with two NUDT professors who were high-ranking PLA (People’s Liberation Army) officers.  However, a search of Ye’s electronic devices demonstrated that at the direction of one NUDT professor, who was a PLA Colonel, Ye had accessed U.S. military websites, researched U.S. military projects and compiled information for the PLA on two U.S. scientists with expertise in robotics and computer science. Ye is now in China.

Zheng, who was arrested last month, worked at a medical center in Boston from 2018 to 2019. Prosecutors allege he tried to smuggle 21 vials of biological research to China. Federal officers stopped him at Boston Logan International Airport last month and found vials hidden in a sock in one of his bags.

Zheng later admitted he was planning to use the vials to conduct research at his own laboratory and publish the results under his name, authorities say.

In August 2018, Zheng entered the United States on a J-1 visa and conducted cancer-cell research at Beth Israel Deaconess Medical Center in Boston from Sept. 4, 2018, to Dec. 9, 2019. It is alleged that on Dec. 9, 2019, Zheng stole 21 vials of biological research and attempted to smuggle them out of the United States aboard a flight destined for China.  Federal officers at Logan Airport discovered the vials hidden in a sock inside one of Zheng’s bags, and not properly packaged.  It is alleged that initially, Zheng lied to officers about the contents of his luggage, but later admitted he had stolen the vials from a lab at Beth Israel.  Zheng stated that he intended to bring the vials to China to use them to conduct research in his own laboratory and publish the results under his own name.

The Justice Department and the FBI have been investigating and prosecuting individuals for alleged theft of trade secrets and economic espionage as part of its China Initiative.  The initiative was launched in 2018 in response to findings by government agencies about China’s practice of acquiring intellectual property and technology from other countries.

It’s good that the case was bungled and the 21 vials now in possession of the Feds and so is the good professor and at least one of 2 (maybe both?) Chinese nationals accomplices.

Meanwhile, an article in the Daily Caller described how China is using its propaganda to accuse the West of being racist by saying the virus is a Chinese virus and came from China. So who changed the correct designation of this coronavirus from WUHAN VIRUS to the meaningless COVID-19?  The World Health Organization (WHO), that’s who.  The Chinese Communists put extreme pressure on WHO to do that. It is no more racist than saying German measles stigmatizes Germans or calling Ebola by that name Stigmatizes Africans because it is named after the Ebola River in Africa or Obama referring to the virus in his regime as ‘ MERS virus for Middle East Respiratory Syndrome.

Both China and members of the establishment media have focused on President Donald Trump’s habit of referring to the virus as a “Chinese virus” or the “Wuhan virus,” which both the communist regime and media members have said is racist.

The media outcry belies the fact that establishment outlets have also referred to coronavirus, formally named COVID-19, as “the Chinese virus” and “the Wuhan virus.” The New York Times, for example, has used both terms in reference to the virus but is now painting Trump using the same language as problematic.

The rush to label the terms as “racist” comes as the Chinese government has amped up propaganda worldwide in an attempt to eschew taking responsibility for the global pandemic. The oppressive regime has denounced “racist” attempts to link the virus — which originated in China — to China, while at the same time falsely accusing America of bringing the virus to China.

China’s propaganda apparatus is also spinning a false narrative in which China bought the world time by acting swiftly against the virus. In reality, China robbed the world of time to fight the virus by engaging in a cover-up. One study estimated that China could have prevented up to 95% of the global outbreak if they hadn’t concealed and then downplayed the virus’s existence.

Trump Reportedly Prepping His New List Of SCOTUS Nominations. It Could Be Released As Early As Wednesday

Canada Is Shutting Down Its Borders Over The Coronavirus Pandemic, Prime Minister Announces